5th Update of Qt for Tizen 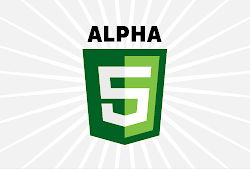 Read on to discover what new and enhanced features of Qt for Tizen are available for mobile and IVI users.

Updates for Tizen 2.2.1. Qt users can switch to newer emulator and build tools from the SDK 2.2.1 released in November.

Screen orientation changes are now more precise.
Instead of using accelerometer, they now depend on Tizen's window manager.

Detailed instructions for installation from scratch have been prepared for application developers at http://qt-project.org/wiki/Build-Qt-for-Tizen. They explain all prerequisites such as installing Tizen SDK and dependencies. The installation process has been tested with Ubuntu/Kubuntu 12 and 13.

Users of previous release (Alpha 4) can follow this HOWTO.

Qt for Tizen SDK support can be extended to other Linuxes, Windows and Mac OS X. Volunteers interested in that or in any other tasks are invited to contact (see Updates below). Feedback from application developers is highly welcome too.

Remember, you can always join us! Not only as a software developer - if you love technology, a Media Partners program exists to better reach global and local communities and individuals potentially interested in Tizen and Qt for Tizen itself.

Further integration between Qt and Tizen specifics and services is already in the works. The focus is now put on supporting Tizen 3.0. Qt SDK for Tizen for many Linux distributions and support for Mac OS X and Windows would be added. Our road map is developed in the open.

Software development for this release has been contributed by Tomasz Olszak (build scripts, packaging, Qt Creator plugin). A number of engineers working on Qt applications (including games) for Tizen gave their valuable feedback. Testing and improvements were offered by numerous other Qt Project contributors. All contributors are listed on the wiki page.

If you wish to follow the initiative or comment please do so below on this blog or at your convenience use the following places: