Summer time brings third Alpha release of Qt for Tizen. Aside of improved integration with Tizen operating system we're also tracking development of Tizen 2.2. This resulted in new interesting features for anyone who loves to cook apps with Qt: new default black UI theme and support for hardware buttons.


Changes in Qt framework for Tizen

Further integration between Qt and Tizen specifics and services is in the plans. Qt SDK for Tizen for many Linux distributions and support for Mac OS X and Windows would be added later. Our roadmap is developed in the open.

Software development for this release has been contributed by Tomasz Olszak, Witold Wysota and Jarosław Staniek. Valuable advices, testing and improvements were offered by Leon Anavi, J-P Nurmi, Jens Bache-Wiig, Rangel Ivanov and numerous other Qt Project contributors. Recently joined Sebastian Sauer and Friedemann Kleint. All contributors are listed on the wiki page.

Remember, you can always join us! Not only as a software developer - if you love technology, recently a Media Partners program has been launched to better reach global and local communities and individuals potentially interested in Tizen and Qt for Tizen itself.

If you wish to follow the initiative or comment please do so below on this blog or at your convenience use the following sites: 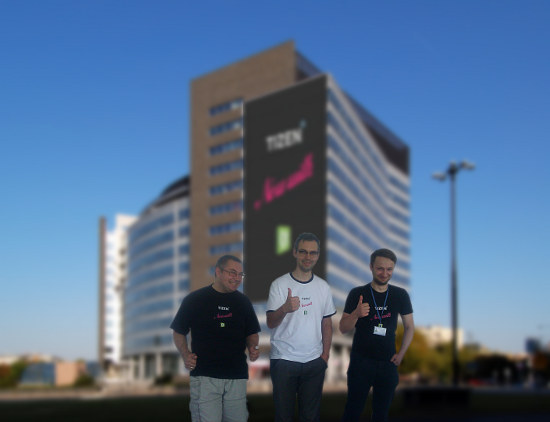